If you use both a computer and a tablet or smartphone, it is very useful to be able to share documents between those devices.

Microsoft OneDrive is a cloud storage solution designed for this exact scenario.

The USB stick is kind of the physical version of the cloud in this scenario. But it comes with a major flaw: you will have to manually manage the copies back and forth, and number of versions of the same document will grow rapidly. Suppose you have a document names “first lesson.docx” on your computer and you want to take it on the move on your iPad. You will first make a copy of the document on your USB stick. Before you know, you already have 2 (identical for now) copies of the same document. Once you edit that document on the iPad, you’ll have to save it back onto the USB stick, and not forget to copy it back on your computer, before you can edit it there. And the same process applies to share it again on the iPad via the USB stick. It is rather easy to mess up the versions if you don’t have a strong discipline. Now imagine you are working not on one but tens of documents: managing the versions of those between the USB stick, the computer and the tablet will be a nightmare for sure. USB Stick does not sound like the good option for this scenario.

Here is the scenario: get access to all my documents (or a selection of them) on both my computer and tablet without having to manage file copies and versions manually. 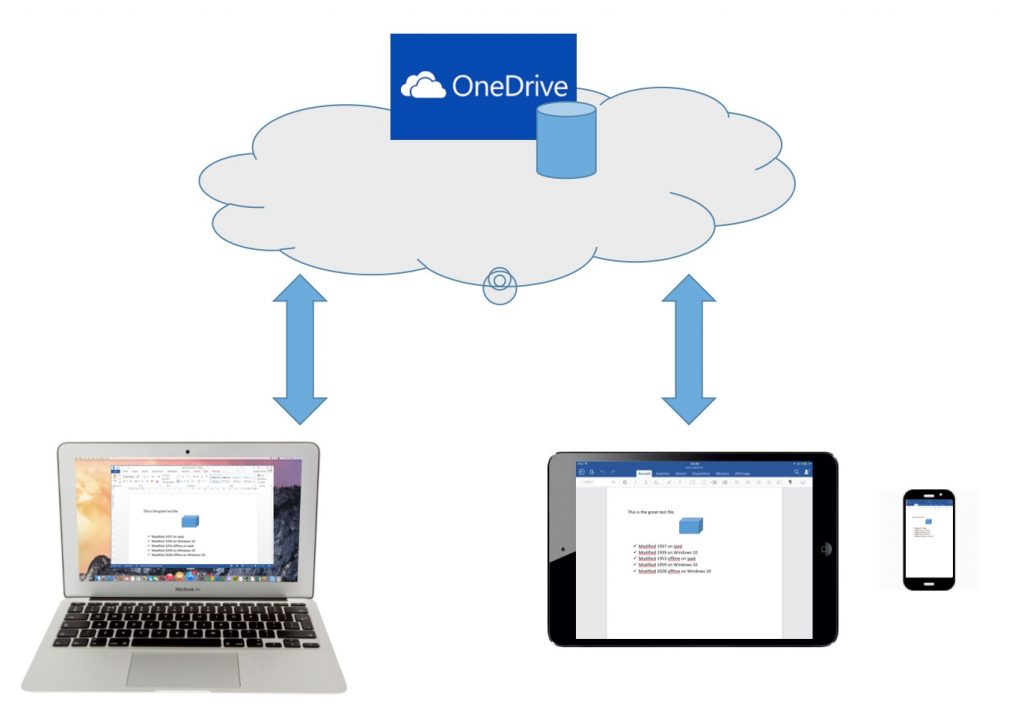 In this scenario, we need a computer, a tablet or smartphone, a OneDrive account from Microsoft (or any Office 365 account) and an application able to edit the document on the computer or the tablet. Let’s take the Word example and assume we have it installed on the computer and the tablet.

In this scenario, the computer and the tablet are connected to Internet.

The OneDrive app on the tablet allows to make a document available offline.

However, the offline mode only allows read-only access to the document! In order to edit the document, it is mandatory to duplicate it locally on the iPad. And  it is not possible to duplicate it in the OneDrive folder offline. This is not (currently?) supported by the app. 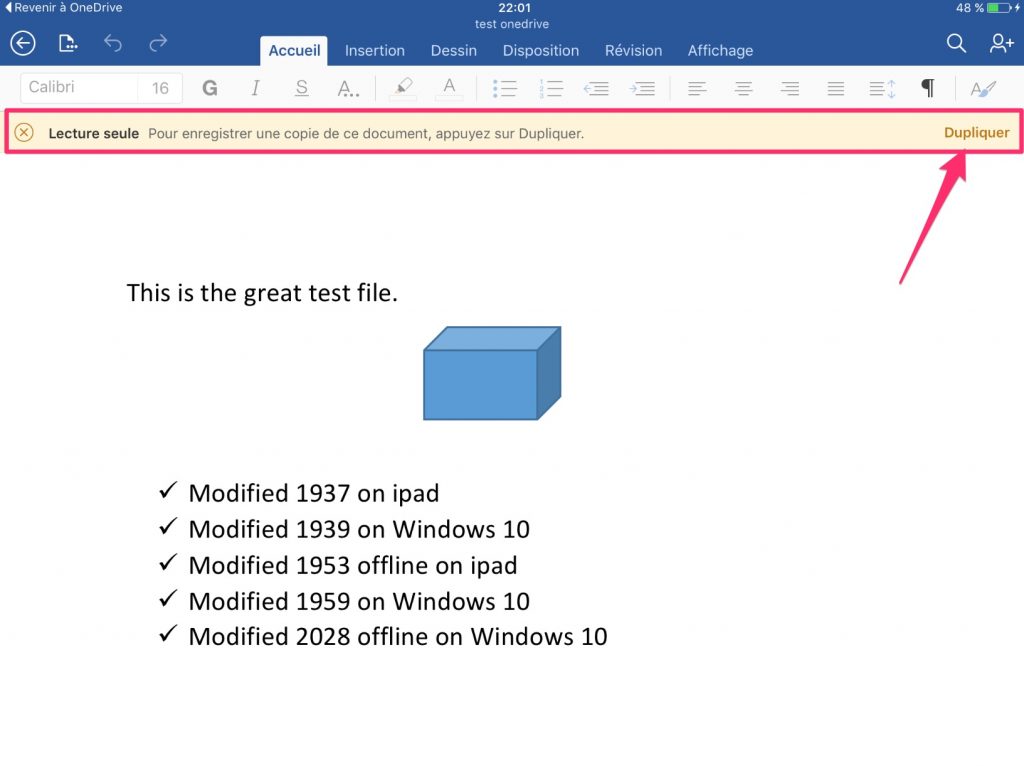 The local copy will therefor be stored on the tablet, with the side effect to have to manage copies and versions manually just like with a USB stick (see preliminary note above).

OneDrive is great to share documents between a computer and a tablet, as long as they are connected at all times. Offline access is rather archaic…

Feel free to share your own experience with this using the comments.